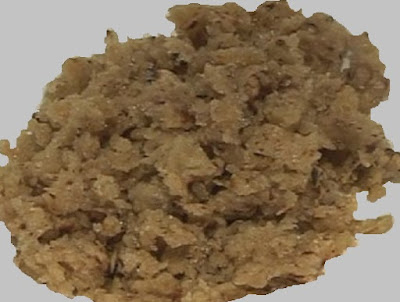 Today i wanted to share how to make chapatis but 14th of February celebrated as lover's day so i decided to share a recipe which has been the center piece of the biggest Punjabi Love story for centuries. Choori! very quick to make and yummy as anything. The story behind it has been well publicized by the Indian / Pakistani cinema and poets of both nations. Even in this modern age this story has not gone out of date and people still love it to bits. 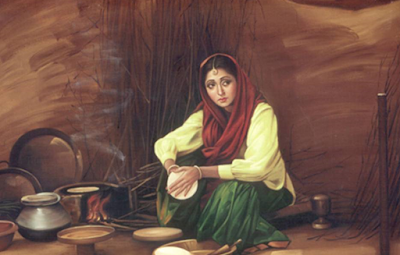 This picture was taken from google just for reference and have no intention of harming any rights.

Legend has it that a man called Dheedo from the Jatt sub clan Ranjha living in a village called Takht Hazara in Punjab Pakistan is the youngest brother of four, has a dispute with his sister in laws because they wanted him to help his brothers in the fields instead he plays flute with his friends all day, he asks in sister in law to make food for him but she refuses and tells him that he should have Heer cooking food for him, Heer was a daughter of very wealthy man from Jhang in Punjab Pakistan also a Jatt clan Sial and she was well known for her beauty. Ranjha leaves home and reaches the village of Heer, she is playing with her friends and sees her and falls in love with her beauty, eventually her father gives him job herding his cattle, He pays flute and Heer falls in love. 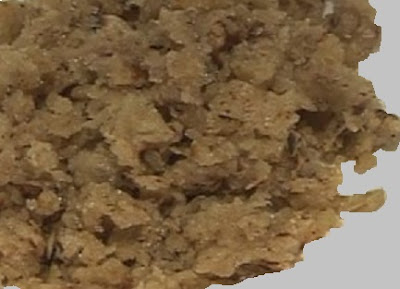 She makes Choori for him everyday because she can hide it, for 12 years he works there till villagers find out and get Heer married. He looks for her all over Punjab for years till he finds her, They come back to Heer's Birth village and father of Heer decides to get them married but Heer's uncle feeds her the poisoned Ladoo (Sweets), Ranjha runs to save her but finds her dead and he eats same ladoo and dies next to her. If you like it please do use comment box below and do not forget to subscribe our site to get new recipes everyday, we don't just share the recipes from around the world, we dig the history for you to bring some of the best recipes for you and we bring the memories of ancient life into your kitchen.

Take the hot chapati and drizzle over the butter and sugar.
Working with fingers of both the hands, crush the chapatti to medium sized crumbs
Adjust the texture to your liking by crushing it as desired.
Enjoy
Posted by Unknown at 12:43

Promote your Page too

Izzy recipe is website about sharing professional food recipes from around the world with bit of history to the recipes and we do intend to give bit of Indian subcontinent touch to the recipes but will try our best to keep it as original as possible. The site was designed and built just for one purpose to share the knowledge and experience we gained through years of struggle and share it with our respected readers. Our top priorities for the website are to gain your trust and readership by ever striving to providing some of the best recipes and tips on daily needs of healthy food. We strongly believe in healthy living but sometimes will share some sweet taste of India and Pakistan as well. We will be bringing at least one recipe for your daily. We share with you quality and trustworthy tips and recipes twice daily in a user-friendly, and easy navigational format.